https://ethnobotanywesternoregon.wordpress.com/page/6/"Redwoods once grew throughout the Northern Hemisphere. The first redwood fossils date back more than 200 million years to the Jurassic period. Before commercial logging and clearing began in the 1850s, coast redwoods naturally occurred in an estimated 2 million acres (the size of three Rhode Islands) along California’s coast from south of Big Sur to just over the Oregon border. When gold was discovered in 1849, hundreds of thousands of people came to California, and redwoods were logged extensively to satisfy the explosive demand for lumber and resources. Today, only 5 percent of the original old-growth coast redwood forest remains, along a 450-mile coastal strip. Most of the coast redwood forest is now young. The largest surviving stands of ancient coast redwoods are found in Humboldt Redwoods State Park, Redwood National and State Parks and Big Basin Redwoods State Park.

The native people of California did not typically cut down coast redwoods, but used fallen trees to make planks for houses and hollowed out logs for canoes. The natives also regularly used common redwood forest plants."

"Redwoods (Sequioia sempervirens) are the giant, magnificent conifers that grow from the Santa Cruz mountains north to the Chetco River in the extreme southwestern corner of Oregon.  Throughout much of their range, Native peoples used their wood to build houses and carve canoes.  The roots were used in twined basketry in the Klamath river region.

In many dialects of southwestern Oregon Athabaskan and Tolowa, redwoods were called “big yew” (specifically gaschu in Upper Coquille).  Presumably they were called ‘big yew’ because of the resemblance of color and arrangement of needles on the branches to the yew tree.

Redwoods were used as a canoe tree far beyond their range.  Redwood logs washed up on beaches all along the Oregon coast.  It was not unusual for Oregon coastal Indians to use washed up redwoods to make canoes.  The Tillamook, a southern Salish speaking people of the northern coast, very much appreciated redwoods.  Their word for redwood is kikalálx, derived from the word tatská’al, it’s red; and ká’al, red." 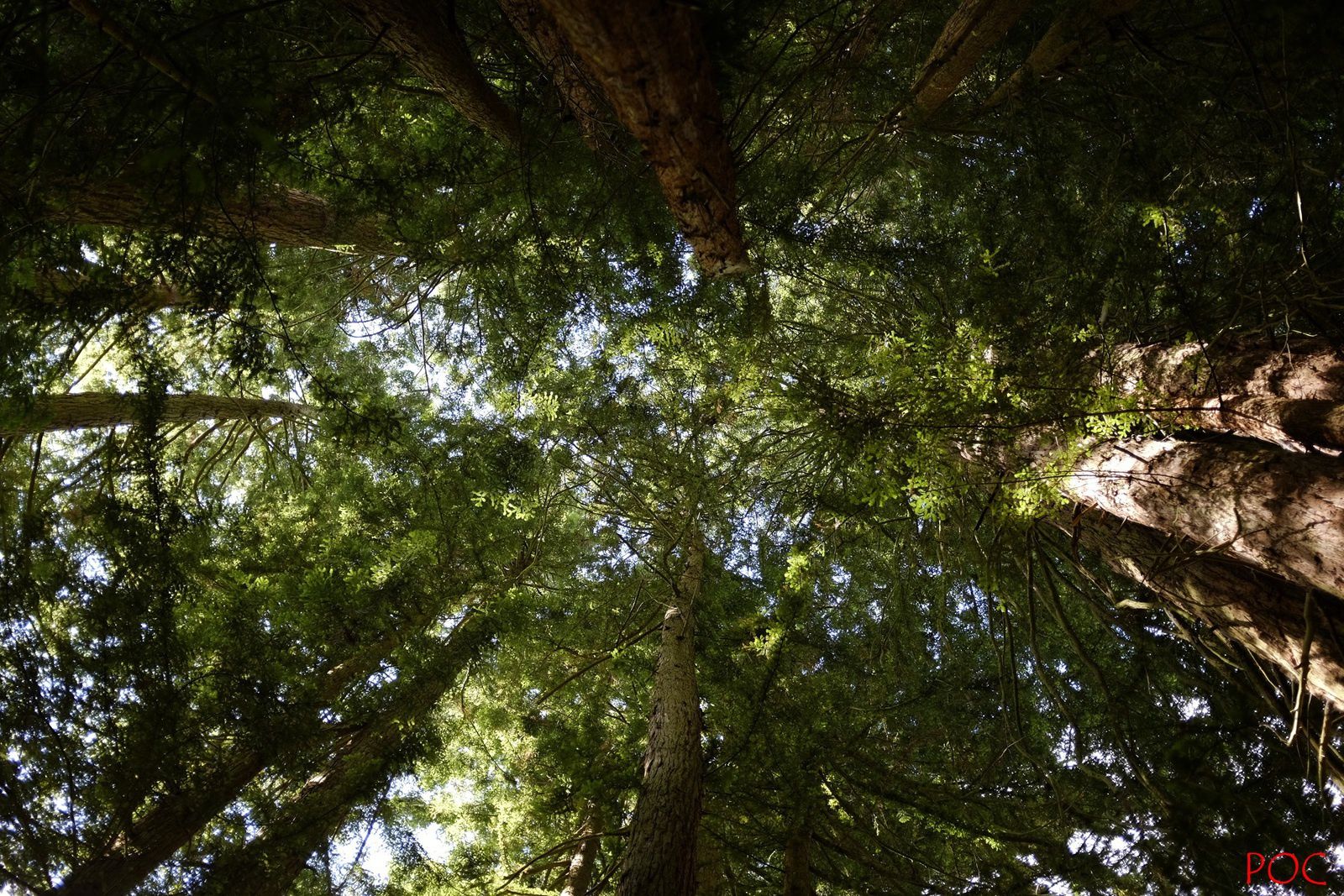 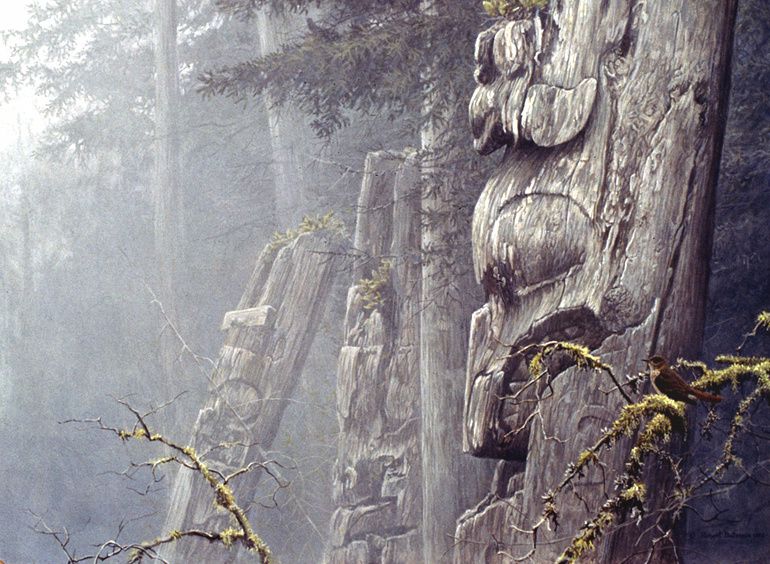 Robert Bateman: Spirits of the Forest. "I was privileged to visit the best place where these totems of the tribes of the northwest coast of America still stand. I felt a strong spiritual presence there, one of the most moving experiences of my life. The visages on the poles face the sea, with their backs to the giant, cathedral-like forest." Robert Bateman. L'oiseau représenté sur une branche en bas à droite est la grive solitaire (Catharus guttatus), Hermit Thrush. 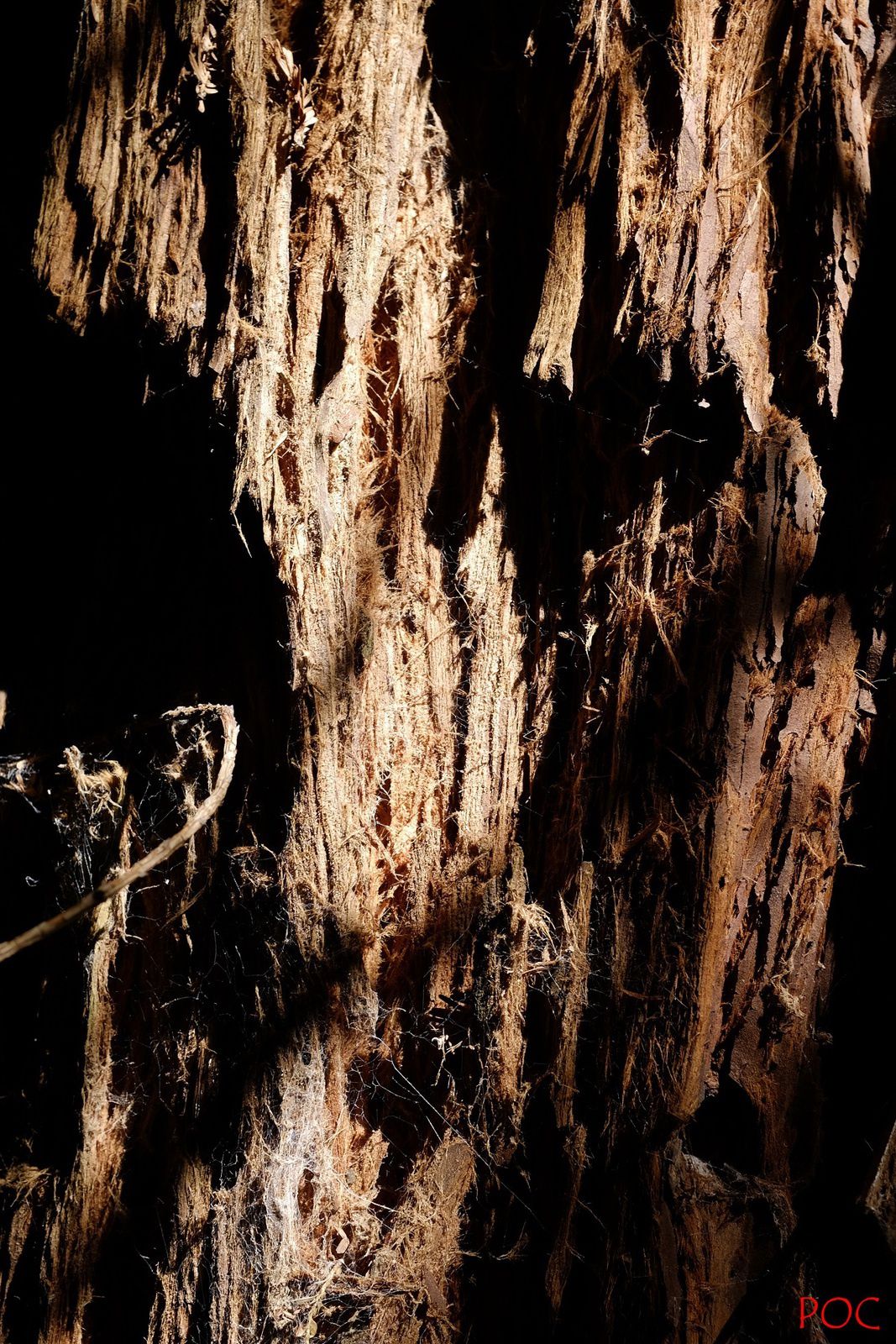 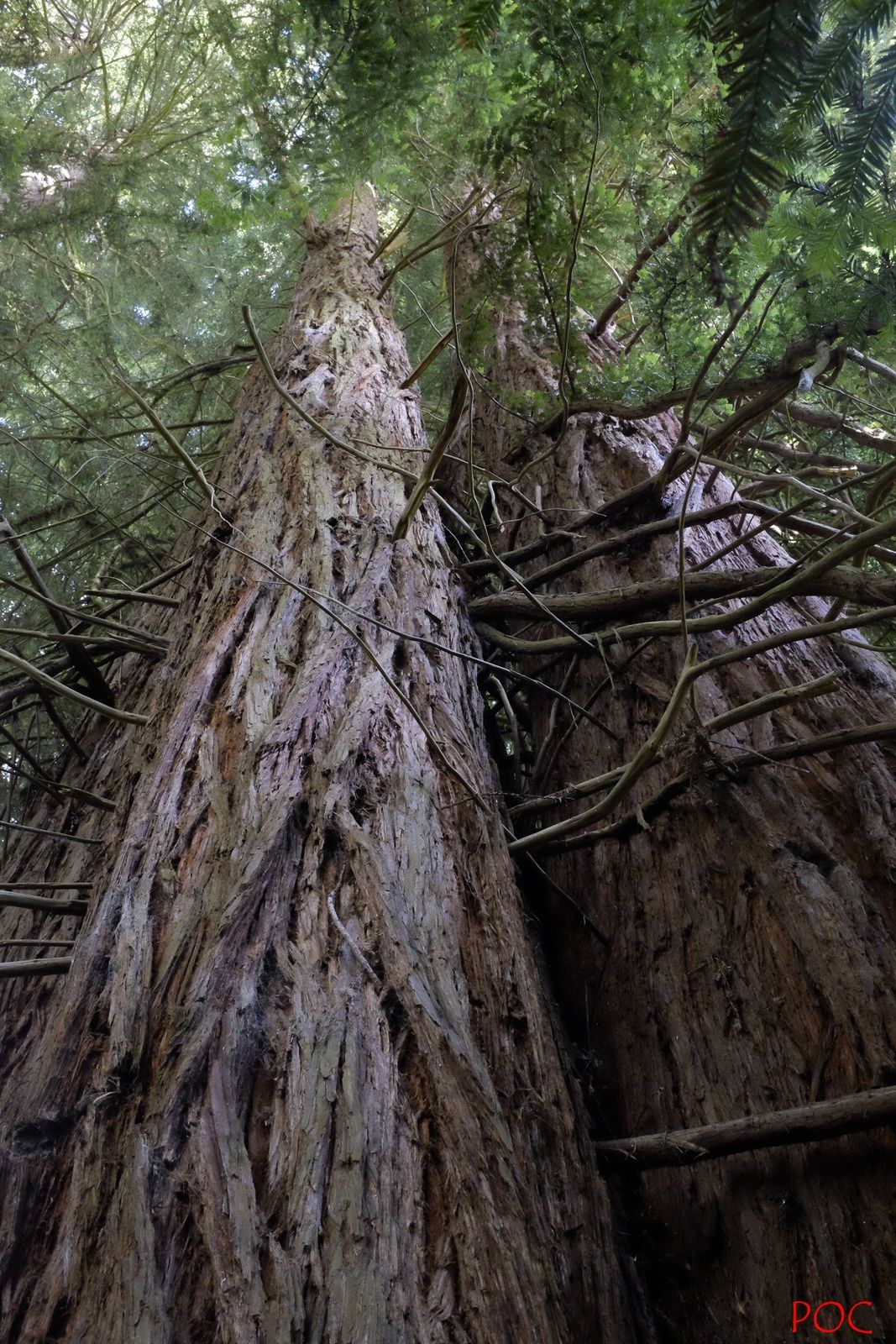 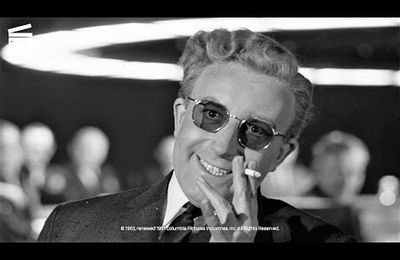