The External Costs of Human Activity Are Killing the Planet, by Paul Craig Roberts

"Humans are exterminating themselves by exterminating other life forms. As a person committed to free thought, I sometimes catch myself wondering if what is really needed is a form of Borg Star Trek mind control to stop us from destroying the planet for the sake of profits for the few.

External costs are neglected by economists, and the unintended consequences of laws and political decisions—indeed, any decision, even those that seem highly rational—can be surprising. I am convinced that the external costs of capitalist production exceed the profits and in instances exceed the value of the output. The most carefully considered law and the most carefully planned corporate undertaking can result in disastrous consequences. Essentially, when humans make decisions, they seldom have any idea of what they are doing.

The situation worsens when a financialized, jobs offshored economy multiplied by other economies doing the same thing finds that it is more profitable for public corporations to buy back their own stock, even indebting the corporations for the purpose of decapitalizing the corporations, than to invest in new plant, equipment, and labor. Buy-backs are the main use of corporate investment today in the US. In recent years, the entirety of corporate profits and borrowing has been used for stock buy-backs, which reward executives and shareholders. Central banks in Japan and the European Union now support equity prices by stock purchases. The Japanese central bank is the largest holder of Exchange Traded Funds (ETF). I am convinced that the Federal Reserve prevents crashes of the US stock market by purchasing S&P futures.

The loss of jobs destroys the ladders of upward mobility, thus increasing social and political instability, and the concentration of all wealth and income gains in corporate executives and shareholders skews the income distribution to that of the aristocracy and serfs in pre-modern times. The elevation of stock and bond prices from central banks injecting liquidity creates asset bubbles that are accidents waiting to happen.

I was reminded of this when I received as a Christmas gift a copy of Joel Sartore’s magnificent photographs of Earth’s vanishing species.

It is heartbreaking, and it makes one wonder why God gave dominion to humans who have no regard for the disastrous consequences of their actions. Consider the extinct and vanishing species of animals, insects, reptiles, birds. Why did we do this? For no other reason than a few rich people could be a bit richer. They didn’t need the money that erased animals, plants, forests, clean water, fish and marine life, birds, butterflies, bees and large numbers of insects.

Ever since Dick Cheney was US Vice President, effectively President, the Environmental Protection Agency has been an agent for mining, timber, and energy interests. Most other environmental and wildlife protections have also been set aside. National forests are being cut down, national monuments are being defaced, wolves are being slaughtered, and rare species are being poached and trophy hunted. It seems humans won’t be happy until every species is exterminated." 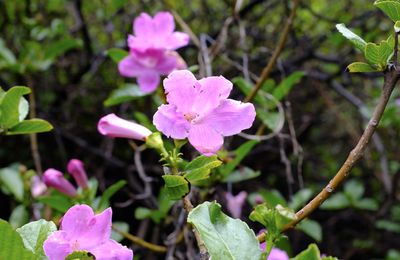