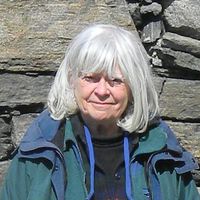 Patricia D. Sutherland is sole proprietor of Northlands Research, Adjunct Professor at Carleton University, and an Honourary Research Fellow at the University of Aberdeen. Until 2012 she was Curator of Arctic Archaeology at the Canadian Museum of Civilization. She received her PhD from the University of Alberta, and has undertaken more than four decades of research in Arctic Canada and Greenland, including fieldwork across much of the High Arctic as well as on Baffin Island, in Labrador and the Mackenzie River Delta. Her studies have explored the Palaeo-Eskimo and Inuit occupations of Arctic Canada, the art of the Dorset Palaeo-Eskimos, and the archaeology of nineteenth century British Arctic exploration. She has curated exhibitions including the award-winning Lost Visions, Forgotten Dreams: Life and Art of an Ancient Arctic People at the Canadian Museum of Civilization. She has received the Canadian Museums Association's Award for Distinguished Service, the Explorers Club of New York's Lowell Thomas Award for scientific exploration and research, and is a Fellow of the Arctic Institute of North America. Her current research is focused on the Helluland Archaeological Project, exploring evidence relating to a mediaeval European presence in the eastern Arctic and the question of early Indigenous/European  contact in Arctic Canada.

It is vital to ensure that Dr. Patricia Sutherland can continue her research on the history of Arctic Canada.  Pat Sutherland is an archaeologist who has done research in Arctic Canada for almost forty years. For most of the past decade she has investigated the nature and extent of a Viking and mediaeval Norse presence in the eastern Arctic between about 1000 and 1450 AD, several centuries before the “official” European discovery of North America by Columbus, Cabot, Cartier and other explorers whose names are in history textbooks.  She discovered the first hints of this episode in archaeological collections in the Canadian Museum of Civilization. From 2000 until 2012 she worked as a curator at that museum, broadening her explorations of the historical events revealed by her original discovery. It is now apparent that not only was there a significant pre-Columbian European presence in Arctic Canada, but that the Indigenous occupants of the region were engaged in commerce with the newcomers long before the transatlantic fur trade began in the 16th century.  Sutherland’s research has been recognized by the Canadian Museums Association's Award for Distinguished Service, as well as its Outstanding Achievement Award for Research, and the Lowell Thomas Award for scientific exploration and research awarded by the Explorers Club of New York. Her work has been described as opening a new chapter of Canadian history, one that had previously not even been suspected to exist. In 2012 her research was featured in National Geographic magazine, and on CBC-TV’s premier science show, The Nature of Things.  Despite these accolades, Sutherland was dismissed from her position at the Canadian Museum of Civilization in 2012, and museum staff immediately began to dismantle her research project. The Canadian Museum of History has not granted her access to her records and other materials necessary for the continuation of her research.  The museum’s actions occurred at the same time that the institution was being transformed from the Museum of Civilization into the Canadian Museum of History. Historians and others have claimed that this change involves a decreased emphasis on original research, and a refocusing on the elements of Canadian history that are of interest to the current government: British history, military history, and the history of political and economic development over the past couple of centuries.  Sutherland’s discovery and investigation of an early and unique historical episode appears to have suffered as a result of the current government’s attempts to impose their favoured historical narrative on the country. Sutherland’s research was funded by Canadian taxpayers. This petition asks that Sutherland be reinstated in her position, provided appropriate laboratory facilities, and given access to the records and other materials related to her research so that Canadians—and especially Inuit and other northerners—can benefit from the knowledge resulting from her work. 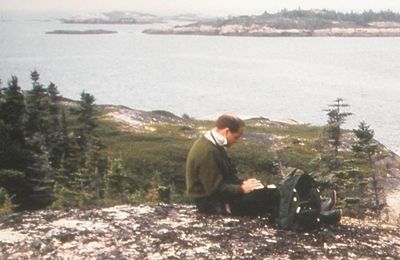