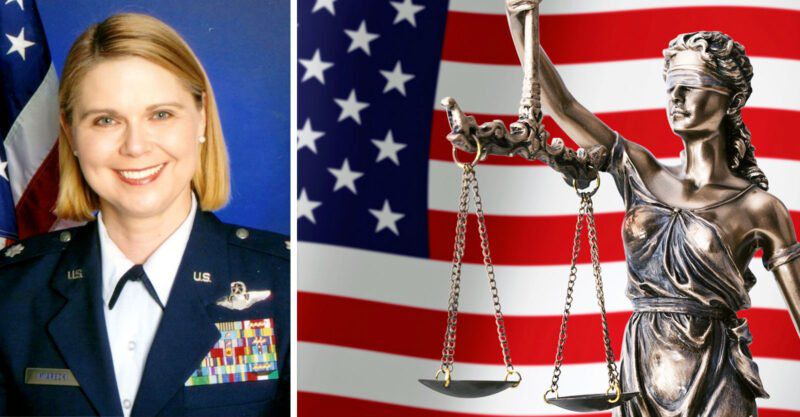 In an exclusive interview with The Defender, Sandra Miarecki, Ph.D. — the only known civilian member of the Air Force who refused the experimental COVID-19 vaccine on the basis that the mandate is illegal — discussed the events leading up to her being fired.

The U.S. Air Force Academy (USAFA) in September fired Sandra Miarecki, Ph.D., for “undermining the chain of command” during the academy’s implementation of what she and others believe was, and still is, an illegal COVID-19 vaccine mandate.
In an exclusive interview with The Defender, Miarecki — the only known civilian member of the Air Force who refused the experimental COVID-19 vaccine and testing on the basis that the mandates are illegal — discussed the events leading up to her dismissal and why she believes she became a target of reprisal and retaliation.
Doe v. Rumsfeld (2003) established that the U.S. Department of Defense (DOD) cannot mandate experimental drugs for service members. To date, all COVID-19 vaccines are being administered under Emergency Use Authorization (EUA).
The U.S. Food and Drug Administration (FDA) granted full approval to the Pfizer Comirnaty and Moderna Spikevax COVID-19 vaccines — however, these vaccines are not available in the U.S. and will not be produced while liability-free EUA versions are available, according to the manufacturers.
Miarecki is a retired Air Force lieutenant colonel and former test pilot and instructor pilot. Her distinguished service includes being the fifth woman pilot to graduate from the Air Force Test Pilot School, and the first woman to become an aircraft commander in a modern bomber.
The USAFA in 2016 hired Miarecki, who has a Ph.D. in particle physics from the University of California, Berkeley, to teach physics as a federal civilian.
At the start of the COVID-19 pandemic, Miarecki found herself as the only dissenter in a COVID-19 working group at the academy.
She said the group focused on lockdowns without any safeguards for mental health. After two cadets died by suicide in isolation in March 2020, she filed formal Inspector General complaints for negligent homicide by the chain of command.
The job descriptions of instructors and professors at military academies include the requirement that they mentor cadets, preparing them for unique roles in the profession of arms.
When cadets in August 2021 came to Miarecki for help with the military’s experimental vaccine mandate, she informed them of their religious exemption rights as laid out in the military regulations.
The cadets told her that their informed consent was limited to “get the shots or get kicked out.”
Miarecki knows firsthand that all vaccines have risks — she was injured by a vaccine in 1992, resulting in a U.S. Department of Veterans Affairs disability. But when Miarecki faced her own mandate, she did not request an exemption.
Fired without due process
In November 2021, Miarecki refused to comply with President Biden’s vaccine mandate for federal employees.
In late December 2021, she also refused to comply with a USAFA mandate for the unvaccinated to conduct weekly experimental RT-PCR testing for COVID-19. This resulted in her being placed on administrative leave with a proposal for suspension in January 2022.
Miarecki was instructed to hand in her ID card, not return to campus and not talk to cadets about vaccine exemptions.
The proposed suspension was revoked when a federal court blocked the federal employee mandate on Jan. 21.
However, she was reinstated to teach physics from March to May 2022, because the mandates on base were suddenly rescinded, and there was no one else qualified to teach the second quarter of the physics course at the USAFA Preparatory School.
But then in June 2022, Miarecki was suspended for “undermining the chain of command.”
Miarecki said she believed the suspension was retaliation by the chain of command for the nine Air Force Inspector General complaints she filed against her chain of command, including one against the superintendent.
The complaints documented the illegal experimental vaccine mandates, coercion of students and staff and fear tactics to force compliance, including citations of violations of federal laws.
She also filed Office of Special Counsel complaints for retaliation against her due to her status as a whistleblower.
The final retaliation, in July 2022, was based on an allegation of “conduct unbecoming a federal civilian employee” by her supervisor that portrayed her as a domestic terrorist.
Miarecki’s boss reported that she said, “If only I could bring my gun to campus,” which Miarecki vehemently denies.
It is very uncommon for military personnel to refer to weapons as guns, yet one unverified statement carried enough weight to generate other unsubstantiated statements from staff members that resulted in firing a highly credentialed faculty member.
In September, the USAFA fired Miarecki without due process. She is pursuing several legal actions.
The documents detailing Miarecki’s suspension and firing focus on her discussing vaccine exemptions with cadets as her main offense.
Her supervisor alleges she was “breeding mistrust between students and their chain of command” and “disrupting camaraderie and cohesiveness” among the other instructors.
These allegations are a highly unusual charge list of Uniform Code of Military Justice offenses that do not apply to federal civilians and infringement of First Amendment rights.
Moreover, Miarecki’s contract with the USAFA did not require her to submit vaccine records or medical testing records to her employer, which would be an infringement of medical privacy.
When asked why the chain of command across all military branches implemented illegal experimental vaccine mandates, Miarecki said, “I can come to no other conclusion than this is an intentional takedown of the military from within.”
Miarecki cited as confirmation the altering, in 2021, of the DOD’s Defense Medical Epidemiology Database to remove reports of significant increases in cancers, miscarriages and neurological conditions following COVID-19 vaccination.
She also pointed to collusion with the federal government as the Federal Aviation Administration guidance prohibits pilots, both military and civilian, from taking a new FDA-approved drug until one year after approval, and yet federal entities did not prohibit pilots from taking the EUA COVID-19 vaccine.
“The FAA generally requires at least one year of post-marketing experience with a new drug before consideration for aeromedical certification purposes,” Miarecki said. “This observation period allows time for uncommon, but aeromedically significant, adverse effects to manifest themselves.”
Now, there are multiple reports of airline pilots having medical difficulties while on duty.

In March 2020, the military academies at the U.S. Army and U.S. Navy sent their cadets and midshipmen home at spring break, as most universities in the U.S. did, due to the pandemic.
However, USAFA leadership ordered senior cadets to stay on campus in solitary confinement to “socially distance” in single-occupancy rooms for 60 days until graduation in May, while sending the underclassmen home.
This policy remained in effect after one cadet died by suicide. The policy was modified to dual-occupancy rooms after a second cadet died by suicide.
Air Force Lt. Gen. Jay Silveria, in a letter to USAFA parents, did not take responsibility for the two suicides caused by the solitary confinement policy, stating “I will confirm, given the current circumstances, that their deaths were not related to the COVID-19 pandemic.”
However, long-term isolation of healthy people has never been an acceptable quarantine or disease mitigation practice. Public backlash — not sound health advice —  resulted in the USAFA cadets graduating early to prevent more suicides.
Public health officials invented the term “social distance” to promote solitary confinement, with its known adverse risks to mental health. The USAFA leadership decided that the virus with a 99.997% survival rate for 18- to 24-year-old cadets was more of a risk than mental health breakdowns caused by isolation.
Society reserves this type of extended forced isolation as a last resort for the most violent of criminal offenders or prisoners of war. In a review of this policy, two cadets died by suicide in isolation to prevent one possible cadet COVID-19 hospitalization.
Contrast this hysteria-driven policy of forced isolation of healthy cadets with the current “rational” USAFA policy that directs cadets with mild respiratory symptoms to attend their classes and scheduled activities as normal as of fall 2022.
The USAFA no longer reports COVID-19 case numbers.
The vaccine mandate also has unreported harms. Miarecki knows of at least five cadets at the USAFA Preparatory School with new heart conditions of myocarditis and pericarditis after receiving their shots.
These are athletes who are former state or national champions in their sports, who would have been ineligible for admission to the academy because of a pre-existing heart condition.
These heart conditions are serious and life-limiting, and typically require lifetime dependency on drugs. Only time will tell how many other cadets will be similarly afflicted in the prime of their lives, especially if boosters are mandated.
The USAFA is not contrite about its COVID-19 vaccine coercion and religious discrimination policies. In May 2022, four senior cadets were informed days before graduation to once again “get the shot or get kicked out.”
One cadet recovering from cancer complied with the mandate against his doctor’s recommendations, and three graduated but were ostracized by being relegated to the bleachers in civilian clothes during the graduation ceremony and denied their commissions.
It is unknown if these graduates will have to repay $200,000 for their education after the requests for religious exemptions and the appeals were denied.
Ultimately, these policies are causing widespread, unprecedented recruitment and retention shortfalls in all the armed forces.

The USAFA core values are: “Integrity First. Service Before Self. Excellence in All We Do.”
And yet cadets now have a case study of how a respected veteran, pilot and Ph.D.-level instructor was fired for demonstrating these values.
The vision of USAFA is “to serve as the Air and Space Forces’ premier institution for developing leaders of character.”
And yet the USAFA cadets are being mentored under leadership that implemented solitary confinement in a cowardly retreat from a virus with a 99.997% survival rate in this age group.
The longstanding USAFA Honor Code declares: “We Will Not Lie, Steal or Cheat, Nor Tolerate Among Us Anyone Who Does.”
And yet, if the leadership at the USAFA were to be investigated by an Honor Board, there would be evidence that the chain of command cheated the cadets out of their rights by refusing religious accommodations, and lied when asserting that the EUA COVID-19 vaccines were mandatory or FDA-approved.
The USAFA website states: “After the Academy, cadets graduate to become leaders in many fields, from physics to politics to philosophy. Across the world, Academy cadets have each other’s backs in battle and life — putting the needs of those around them ahead of their own.”
And yet, who had the cadets’ backs? Miarecki’s advice to the military community is not to wait for years on court rulings to push back.
“We need to find our backbone, and stand up to tyranny now.” 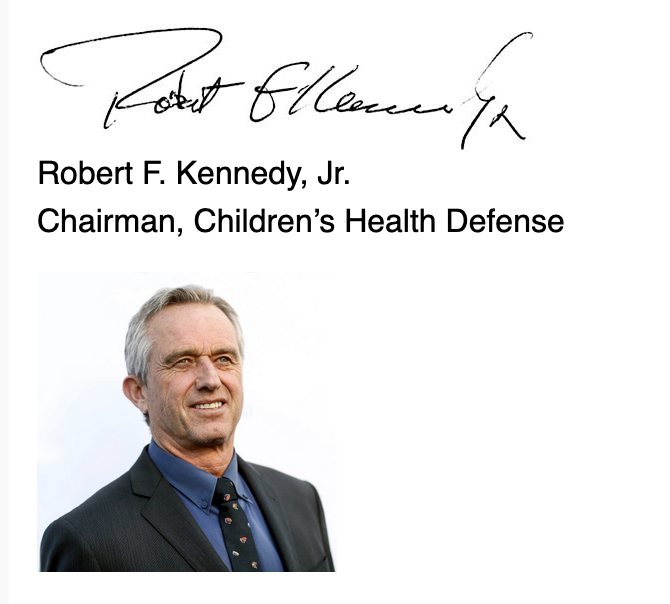