James Petras: Latin America and the Paradoxes of Anti-Imperialism and Class Struggle

(...) For example, among the most prominent ‘anti-imperialist regimes’ in Latin America today, Bolivia and Ecuador are big promoters and supporters of a development model which relies on foreign multi-national corporations exploiting mining and energy sectors. Moreover both regimes, in pursuit of extractive capital accumulation have dispossessed local Indian and peasant communities (the so-called Tipnis reserve in Bolivia). (...)

The key to the classification of Latin American countries is the scope and depth of land grants which regimes have made to large foreign and domestic multi-national corporations. Over the past two decades Latin America has experienced re-colonization by  invitation : government grants of
millions of acres of territory under the quasi-exclusive jurisdiction of giant mining and plantation consortiums. These land grants are accompanied by mineral exploitation and water rights, license to contaminate and the free use of the state to evictlocal inhabitants, to repress rebellious communities and to construct transport grids centered in the colonial land grant. The phrase ‘capital accumulation via dispossession’ is too narrow and vague. The concept ‘recolonization’ captures more accurately the large scale long term transfer of sovereign wealth, natural resources and special ‘colonial’ laws and regulations, that exempt this huge holdings from what previously passed for ‘national sovereignty’. (...)

The leading colonial-extractive regimes are found in Mexico, Colombia, Peru, Paraguay and Central America. This cluster conforms to the all-around criteria for a pro- imperial regime: closely integrated to the US centered geo-political order, as well as containing vast colonial agro-mineral enclaves.
Mexico under President Enrique Péna Nieto, Colombia under Presidents Uribe and Santos and Peru under President Ollanta Humala have granted millions of acres to giant mining corporations and savagely repressed and dispossessed communities, farmers and local enterprises to “make room” for the colonial mining operations.
These regimes compete to lower labor costs – with Mexico heading the list with the lowest minimum wage, the most repressive anti-trade union practices and the weakest regulations of environmental contamination. (...) 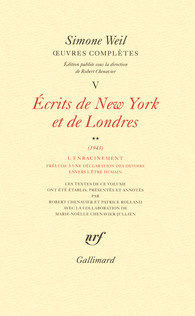 Jainism, along with Buddhism and Charvaka, is considered part of the heterodox systems (also referred to as heresies) of Indian philosophy. Its philosophy is grounded in the doctrine of of the Yajur-Veda but it was systematized by Vardhamana (also known as Mahavira) who substituted the authority of the Vedas with logic and experience and also reinterpreted most of the key ideas available in Indian philosophy at that time.

Vardhamana was born into the Kshatriyas caste (the warrior rulers caste) in northeastern India in about the 6th century BCE, a time of profound political and social change. Tradition says Vardhamana was born as a prince, the second son of the king, and lived a life of luxury and wealth but from an early age he was interested in spiritual matters and soon became dissatisfied with the life that surrounded him: increasing inequalities, warfare and social conflict. Around the age of 30, when his parents died, he gave up his kingdom and royal privileges and for the next 12 years he wandered around as an ascetic, someone who denies him or herself physical pleasures in a quest for spiritual progress mainly through fasting and meditation. At the age of 42, Vardhamana gained full enlightenment and became a Jaina, “conqueror”, and he was known as Mahavira, a title meaning “the great hero”, and became the leader of Jainism.

According to Jain tradition, Vardhamana was the 24th and the last Tirthankara, “ford-finder”. Jains see the world as a river of suffering and misery and ford-finders find a way to cross it: they do not build the bridge, they simply get across it and the the rest have to follow the path. The word Jain means “a follower of the Jainas”. During the rest of his life, Vardhamana taught others about what he had learned. He accepted the doctrine of samsara (reincarnation), but with a small change, which, nevertheless, made a big difference to his approach to life. It was widely accepted by Indian society that animals, humans and gods had a soul, but Vardhamana went even further, claiming that nearly everything is alive. Everything is made up of Jiva “living intelligence”, trapped in matter. Living beings (almost everything, according to Vardhamana’s view) were divided in different categories.

Beings with five senses, including humans and major animals.

Beings with three senses, they can neither hear nor see (ants, moths, fleas)

Beings with two senses, they can only taste and touch (worms, leeches, shellfish)

Beings with only one sense, they only have the sense of touch (plants, microscopic organisms, wind, fire, water)

This last category is the largest and what all these beings have in common is that they can all feel pain: their entire existence is to be able to feel pain. This view on living beings could be summarized with the words of an Indian scholar:

Thus the whole world is alive. In every stone on the highway a soul is locked, so tightly enchained by matter that it cannot escape the careless foot that kicks it or cry out in pain, but capable of suffering nevertheless. When a match is struck a fire being, with a soul which may one day be reborn in a human body, is born, only to die a few moments afterwards. In every drop of rain, in every breath of wind, in every lump of clay, is a living soul.

An ancient Jain document invites us to imagine the infinite number of times that we were hunted as deers, gutted as fish, beaten again and again when we were iron and chopped into pieces when we were trees. Jainism believes in an infinite number of eternal souls, caught in this eternal cycle of agony and misery. There was a way out of this cycle according to Vardhamana, and this was explained through his vision of karma (cosmic justice) and moksha (liberation). Karma was almost a material quality: cruel actions and thoughts attracted heavy karma, while kind acts made the soul lighter, so it could move up the ladder of existence. By not causing suffering, one’s soul could eventually be free from samsara. It is interesting to note that Vardhamana came from the warrior caste, where there was always the element of military and political conquest. Instead, Vardhamana proposes spiritual conquest through arduous discipline and commitment.

Jainism attempts to be rational and consistent: the metaphysics leads to the ethics. In other words, if it is believed that the whole world is alive and nearly everything is capable of feeling pain, then the Jain way of living makes sense. Vardhamana would allow mosquitoes to feed on his blood and while other ascetics would carry sticks with them to scare off the dogs, Vardhamana would allow the dogs to bite him. This principle of extreme non-violence is known in Jainism as Ahimsa “non-violence”, a key term in this tradition. Vardhamana takes this principle so far that in time he decides to wear no clothes since during its manufacturing process a number of beings had to suffer. Large, bad karma comes when large animals are eaten, small karma comes when small animals are eaten and no karma comes when nothing at all is eaten. At the age of 72, consistent with his ideas, Vardhamana took the Ahimsa doctrine to the extreme, finally starved himself to death and achieved nirvana (liberation).

Jainsm has a set of five vows: nonviolence, truth-speaking, non-stealing, no sexual immorality and non-attachment to worldly things. Self denial, self mortification and austerity are the ways by which the karma of all past actions is exhausted and one can get into nirvana after death. This is explained in a Jain text:

As a large pond , when its influx of water has been blocked, dries up gradually through consumption of water and evaporation, so the karmic matter of a monk, which has been acquired through millions of births, is annihilated by austerity—provided there is no further influx.

In the Jain tradition there is a philosophical critique on ordinary epistemology. There are a number of Jain philosophers that have done a lot of analysis concerning this issue and they developed the idea of “many sidedness”, which acknowledges that the world is complex, and there are multiple viewpoints possible, each of them partially valid, within a particular context. Truths are relative to a certain standpoint. All judgments are tentative. Reality cannot be comprehended from a single perspective. Human understanding is merely probable and partial, and all predictions are relative because reality is multiple. Nothing is true in the strict sense of the word, except from one point of view. Vardhamana is credited with a famous story that ilustrates this idea: Six blind men laid hands on different parts of an elephant; he who held the ear thought that the elephant was a great winnowing fan; he who held the leg said the animal was a big, round pillar and so on.

According to Jainism, there are no gods. It is not necessary to assume a Creator or First Cause - for then who created the creator or what caused the first cause? This view states that it is more logical to believe the universe has always existed, and that it has undergone an infinite number of changes. These changes are driven not by the influence of a deity but rather by nature itself. As a result of a sky empty of gods, Jainism did not have any type of creation stories.

There are essentially two paths in Jainism in order to achieve nirvana. The ordinary path, which seeks to reduce as much as possible the bad karma by living a good life and move up gradually. There is also the extraordinary path (the one a monk or a nun would take), which seeks to end the samsara in this life by taking the Ahimsa principle and the Jain vows to the extreme: no family, celibacy, no attachment to a place, they beg for food, they usually wear no clothes, they suffer insults without response and they may chose to starve to death. Because Vardhamana did not believe in the concept of Brahman (World Soul or Infinite Being) the Jain interpretation of the state of nirvana (liberation) is different from the traditional view in the orthodox Indian traditions. In Jainism, nirvana is a state in which the soul, released from samsara, has four attributes: infinite knowledge, infinite perception, infinite energy and infinite bliss.

Written by Cristian Violatti, published on 03 February 2013 under the following license: Creative Commons: Attribution-NonCommercial-ShareAlike. This license lets others remix, tweak, and build upon this content non-commercially, as long as they credit the author and license their new creations under the identical terms.

Will and Ariel Durant. Our Oriental Heritage - Vol I. Simon & Schuster, 1975.