The German Government Has Proposed a Law to Criminalize Truth

Deutsche Welle, a German international broadcaster, financed by who they don’t say, reports that the German government is going to criminalize denying war crimes.  https://www.dw.com/en/germany-criminalizes-denying-war-crimes-genocide/a-63834791?maca=en-newsletter_en_bulletin-2097-xml-newsletter&r=57279351345253404&lid=2353404&pm_ln=177220

Neither Deutsche Welle nor the German government reveals who it is who gets to determine the unchallengeable war crimes.

Germany gave in to the Jewish lobbies and long ago criminalized “Holocaust denial.”  I have wondered why.  If the Holocaust is true, it can stand on the facts and remain undamaged by unsupported denials.  What the criminalization of inquiry and debate does is to prevent us from knowing the true dimension and history of the Holocaust. My understanding from reading is that Austria, some other European countries and Canada do not permit any examination of the Holocaust. We are simply told that it is true, but it can’t be examined, and that is the end of it.

The Germans have suffered substantially from declared and unexamined “truths.”  In World War I Germany was accused of its soldiers bayoneting  Belgian babies. (In the 21st century a version of this falsehood was repeated against Iraqi troops in Kuwait.) The propaganda created enormous hatred for Germany.  These decades later after the normalization of mothers bayoneting their own babies, it might not have the same effect.  But what if it had been legislated a criminal act to investigate whether German soldiers murdered Belgian babies?  The propaganda would rule.

Germany also was blamed for decades as the government that caused WW I, a war that put Western civilization on an uninterrupted path of decline and collapse.  In 1926 a distinguished American historian, Harry Elmer Barnes, put the lie to this false claim in his book, The Genesis of the World War. Marshaling enormous quantities of official documents and telegrams, he proved beyond all doubt that WW I was orchestrated by the President of France and ministers of the Russian Tsar.  Germany was caught off guard by the Russian mobilization, and Germany was the last country to mobilize.  How can it be that the country accused of starting the war mobilized only after Russian troops were pouring or about to pour into Prussia?  Barnes upset the court historians, who called him a “German agent” (the same ilk called me a “Russian agent” for giving a truthful account of the Ukraine/Russian conflict), but in the 21st century Cambridge University historian Christopher Clark reached Barnes’ conclusion in The Sleepwalkers. (Briefly, The Russian Tsar was deceived by ministers on whom he relied who had been conspiring without the Tsar’s knowledge for years with France’s Poincare to start a war that would let Russia seize the straits that connect the Black Sea to the Mediterranean and France retake Alsace Lorraine from Germany.  The British Foreign Minister, Sir Edward Grey, might had misled Parliament and the British king in favor of a war that would rid Britain of Germany as a rival. The Russian-French excuse was the Austrian-Hungarian Empire’s response to the assassination by Serbians of the heir to the Austrian-Hungarian throne. The war was disastrous for all concerned. The Russian government was overthrown. The best government Germany ever had was destroyed. The Austrian-Hungarian Empire ceased to exist, the British were financially exhausted and lost a generation of leaders, the Versailles Treaty imposing war guilt on Germany was so shameful and impractical that it produced WW II which finished off the European powers.)

Suppose some dumbshit government had criminalized doubting German guilt for World War I.  We would today have no idea of the true story.  So what are we to make of the German government’s criminalization of skepticism of alleged war crimes.

What are we witnessing here?  Is the German government enacting legislation to protect war propaganda from skepticism?  Is the purpose of the law to make it impossible to understand the Ukraine conflict as anything but a Russian war crime?  Is the German government determined, by preventing any examination and presentation of the evidence, to blame Russia, just as the German government blames Germany for World War II? More generally, throughout the Western world, white ethnicities are blamed for racism and slavery of people of color, charges they are not permitted to challenge.  An assertion against a white ethnic is considered a conviction.

So we come back to the new German law against denying war crimes.  The law provides no criteria for deciding who, and what process in whose hands, establishes the responsibility for declaring war crimes that are true by diktat.  In other words, it is nothing but a propagandistic law to apply to whoever the West wants demonized, sanctioned, and overthrown.

The Western world in the past rested on open debate and presentation of evidence to decide truth.  Those days are behind us. Today truth is declared from above and ensconced in official narratives that cannot be challenged.  Truth is now “misinformation.” 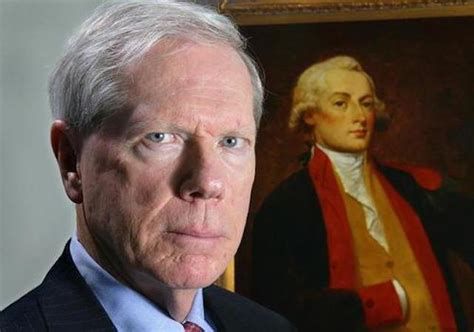