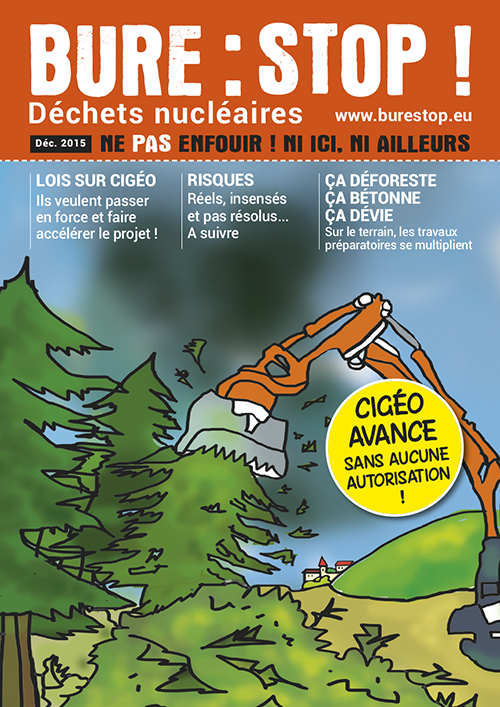 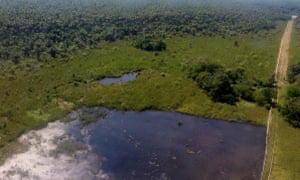 Decades of exploration and exploitation has led to severe contamination in the Pacaya Samiria National Reserve in Peru’s Amazon.
Walk into one of the many tour agencies in Iquitos, the biggest city in Peru’s Amazon, and you’ll hear many wonderful things about the Pacaya Samiria National Reserve. “Best place to see animals in their natural habitat,” one guide says. “An abundance of parrots, paiche and monkeys, and all kinds of bird species,” cries another.

“Pacaya-Samiria”, as it’s dubbed, extends for just over two million hectares and is the second largest of Peru’s 170 “protected natural areas.” In 2015 USA Today’s travel website 10Best voted it the world’s second “Best Place for Wildlife”, losing out to Ecuador’s Galapagos Islands. “Located near the Amazon headwaters in Peru,” 10Best stated, “the reserve is home to some of the biggest wildlife populations in the Amazon.”

This sense of Pacaya-Samiria’s uniqueness is shared by many - in Iquitos, in Peru’s government, across civil society and internationally, especially since it has been declared a “Ramsar site” and “Wetland of International Importance.” Years before he became the country’s first Environment minister, Antonio Brack Egg, now deceased, called it “one of the most important areas for the reproduction of hydro-biological species in the Amazon” and said it protected various species of flora and fauna at risk of extinction, like giant otters, manatees and monkeys.

Indeed, according to a book co-published in 2014 by the Iquitos-based Fundamazonia, Pacaya-Samiria has 965 plant species, 102 mammal species, 527 bird species, 69 reptile species, 67 amphibian species and 269 fish species, and is “in the epicentre of wild fruit consumption in the Amazon.” Richard Bodmer, Fundamazonia’s president and one of the book’s co-authors, told the Guardian that, in addition to its “very rich aquatic bird species mixed with very rich forest bird species”, as well as its “very high diversity in animal species”, Pacaya-Samiria is “by far the largest fisheries reproduction area in western Amazonia”:

It’s a flooded forest because it is at the confluence of the two major rivers that form the Amazon: the Maranon and the Ucayali. In the flooded season, the fish go into Pacaya-Samiria where there are a lot of food resources - all the debris left on the forest floor, all the fruits which have fallen and all the insects which are hanging onto the trees and leaves. That leads to reproduction. Basically, Pacaya-Samiria becomes an inland sea of 20,000 square kilometres - the largest flooded forest in western Amazonia - full of fish food. When the water goes down, the fish leave and go into the Maranon, Ucayali and Amazon. They move down and out of the reserve as it becomes drier. The whole fisheries of this section of western Amazonia to a large extent depends on Pacaya-Samiria.

No doubt about it, Pacaya-Samiria is a special place, but that only makes this question all the more important to ask: What about the oil operations taking place there? What about the parts of the reserve the tourists and wildlife watchers don’t see? PUINAMUDT, a collective of indigenous federations in Peru’s northern Amazon, states that there are “true lakes of oil, [river] banks abandoned to crude, clots of oil in the water, black roots and sediments, toxic hydrocarbon emissions, and surface water iridescent with oil. The shadow of irresponsible and unpunished oil operations hangs over the entire area.”

Pacaya-Samiria is run by SERNANP, within the Environment Ministry. Former head of the reserve, Javier Noriega, told the Guardian the affected zone has “oil everywhere” and is “completely ugly” and acknowledged the pipelines are “very old”, but also said that some have been sabotaged and the worst of the contamination dates back decades. He said that oil operations are just one of “various threats”, including illegal logging, to the reserve.

“What I remember very well is the odour, the constant smell. I think we got headaches from walking the day in hip-deep, contaminated water around Pluspetrol’s base,” one man, who visited the reserve with several Kukama men but preferred to remain anonymous, told the Guardian. “The most impacting stuff we saw, though, was along the pipeline. Around the middle of the 16 km duct leading through and out of the reserve towards the River Maranon we came across a large and pretty fresh crude oil spill. It was about two to three hectares.”

Pluspetrol, Petroperu and CNPC did not respond to requests for comment. 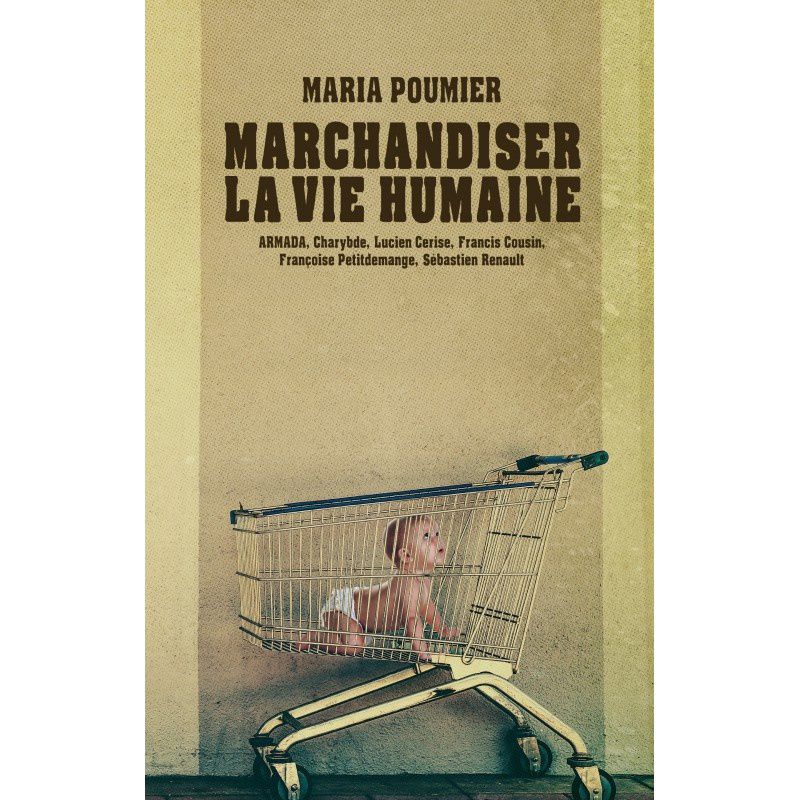 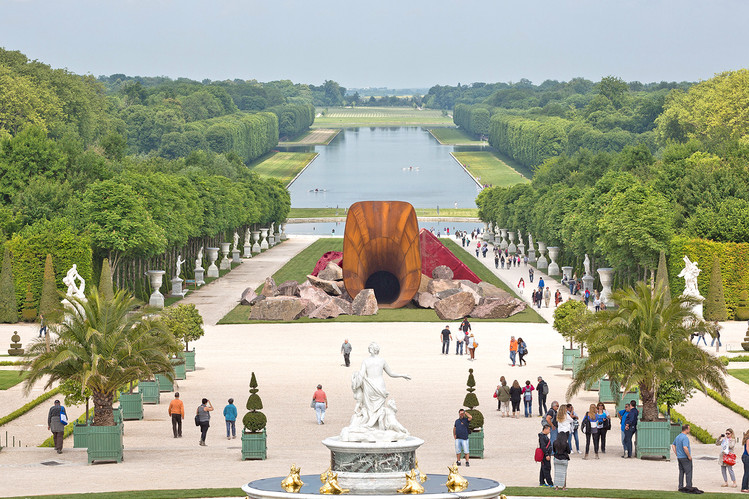 Introduction: The IMF is the leading international monetary agency whose public purpose is to maintain the stability of the global financial system through loans linked to proposals designed to enhance economic recovery and growth.

In fact, the IMF has been under the control of the US and Western European states and its policies have been designed to further the expansion, domination and profits of their leading multi-national corporations and financial institutions.
The US and European states practice a division of powers: The executive directors of the IMF are Europeans; their counterparts in the World Bank (WB) are from the US.
The executive directors of the IMF and WB operate in close consultation with their governments and especially the Treasury Departments in deciding priorities, deciding what countries will receive loans, under what terms and how much.
The loans and terms set by the IMF are closely coordinated with the private banking system. Once the IMF signs an agreement with a debtor country, it is a signal for the big private banks to lend, invest and proceed with a multiplicity of favorable financial transactions. >From the above it can be deduced that the IMF plays the role of general command for the global financial system.
The IMF lays the groundwork for the major banks’ conquest of the financial systems of the world’s vulnerable states.
The IMF assumes the burden of doing all the dirty work through its intervention. This includes the usurpation of sovereignty, the demand for privatization and reduction of social expenditures, salaries, wages and pensions, as well as ensuring the priority of debt payments. The IMF acts as the ‘blind’ for the big banks by deflecting political critics and social unrest.

What kind of persons do the banks support as executive directors of the IMF? Whom do they entrust with the task of violating the sovereign rights of a country, impoverishing its people and eroding its democratic institutions?
They have included a convicted financial swindler; the current director is facing prosecution on charges of mishandling public funds as a Finance minister; a rapist; an advocate of gunboat diplomacy and the promotor of the biggest financial collapse in a country’s history.

The current executive director of the IMF (July 2011-2015) Christine Lagarde is on trial in France for misappropriation of a $400-million-dollar payoff to tycoon Bernard Tapie while she was Finance Minister in the government of President Sarkozy.
The previous executive director (November 2007-May 2011), Dominique Strauss-Kahn, was forced to resign after he was charged with raping a chambermaid in a New York hotel and was later arrested and tried for pimping in the city of Lille, France.
His predecessor, Rodrigo Rato (June 2004-October 2007), was a Spanish banker who was arrested and charged with tax evasion, concealing ?27 million euros in seventy overseas banks and swindling thousands of small investors who he convinced to put their money in a Spanish bank, Bankia, that went bankrupt.
His predecessor a German, Horst Kohler, resigned after he stated an unlikely verity – namely that overseas military intervention was necessary to defend German economic interests, such as free trade routes. It’s one thing for the IMF to act as a tool for imperial interests; it is another for an IMF executive to speak about it publically!
Michel Camdessus (January 1987-February 2000) was the author of the “Washington Consensus” the doctrine that underwrote the global neo-liberal counter-revolution. His term of office witnessed his embrace and financing of some of the worst dictators of the time, including his own photo-ops with Indonesian strongman and mass murderer, General Suharto.
Under Camdessus, the IMF collaborated with Argentine President Carlos Menem in liberalizing the economy, deregulating financial markets and privatizing over a thousand enterprises. The crises, which ensued, led to the worst depression in Argentine history, with over 20,000 bankruptcies, 25% unemployment and poverty rates exceeding 50% in working class districts . . . Camdessus later regretted his “policy mistakes” with regard to the Argentine’s collapse. He was never arrested or charged with crimes against humanity.

The criminal behavior of the IMF executives is not an anomaly or hindrance to their selection. On the contrary, they were selected because they reflect the values, interests and behavior of the global financial elite: Swindles, tax evasion, bribery, large-scale transfers of public wealth to private accounts are the norm for the financial establishment. These qualities fit the needs of bankers who have confidence in dealing with their ‘mirror-image’ counterparts in the IMF.
The international financial elite needs IMF executives who have no qualms in using double standards and who overlook gross violations of its standard procedures. For example, the current executive director, Christine Lagarde, lends $30 billion to the puppet regime in the Ukraine, even though the financial press describes in great detail how corrupt oligarchs have stolen billions with the complicity of the political class (Financial Times, 12/21/15, pg. 7). The same Lagarde changes the rules on debt repayment allowing the Ukraine to default on its payment of its sovereign debt to Russia. The same Lagarde insists that the center-right Greek government further reduce pensions in Greece below the poverty level, provoking the otherwise accommodating regime of Alexis Tsipras to call for the IMF to stay out of the bailout (Financial Times, 12/21/15, pg.1).
Clearly the savage cut in living standards, which the IMF executives decree everywhere is not unrelated to their felonious personal history. Rapists, swindlers, militarists, are just the right people to direct an institution as it impoverishes the 99% and enriches the 1% of the super-rich.